So the last few days have involved settling in to my new surroundings.  I went to the local government office to register my address with them and in the process, it became even more obvious how much Japanese I have lost since I last lived here.  I felt sorry for the poor lady who had to deal with me as I couldn't understand very much at all of what she was saying!  She ended up calling a co-worker who translated to me what the other lady was wanting to know from me.  As a result, the whole process took twice as long as what it would normally have, but we got there in the end!

The following day I went to the bank to open an account with them.  All of the staff there were really friendly, helpful and spoke great English.  This process was finished very quickly.  I had chosen this bank as all of their services are in both Japanese and English, including their online banking site!  Very convenient.

People often ask me what do i like about Japan.  One of my common answers is that Japan is a country of contrasts.  The example I often give is that you can be in the middle of Tokyo, one of the busiest and most populous cities in the world, then jump on a train, travel for an hour and be in a remote village where some people may not have seen, let alone met a foreigner.  I stumbled across another incredible example today of these contrasts that I love.  I did a trial run to get to my company's offices today as I have to be there to sign my contract tomorrow and I wanted to know how long it would take to get there and where exactly to go.  I found the place fine, and was just about to head back to the train station when I spotted an innocent looking group of trees that required a little more investigation.  Bearing in mind, the area that I was in looked like this: 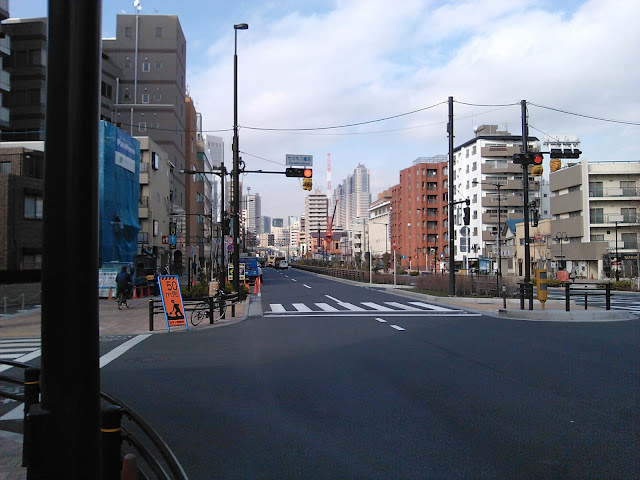 Typical of downtown Tokyo.  I walked across the road to where the trees were and saw this: 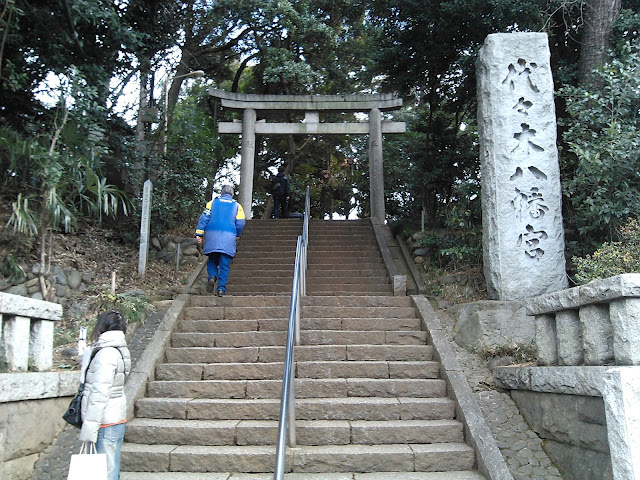 It appeared to be the gateway to a temple!  In my previous post, I showed some photos of a temple near my house that was "guarded" by a couple of statues of dogs.  Well, this one was guarded by cats, both living and not! 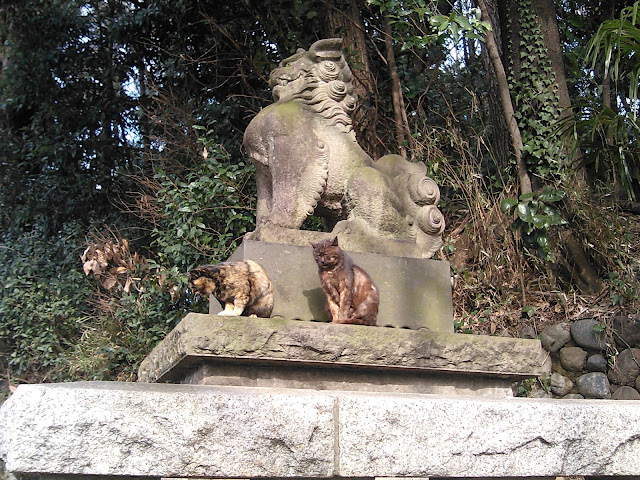 I walked in and was amazed at the beauty of the place, and the peaceful, serene atmosphere of a temple, surrounded by greenery. 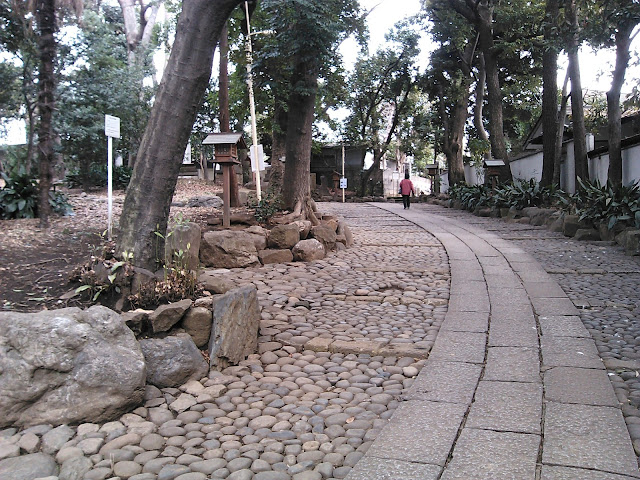 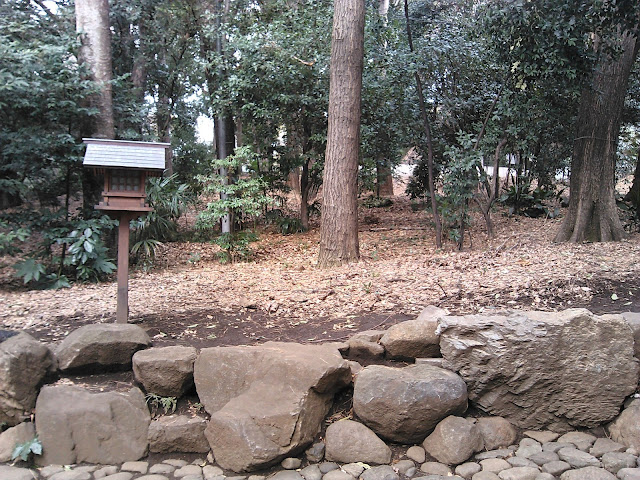 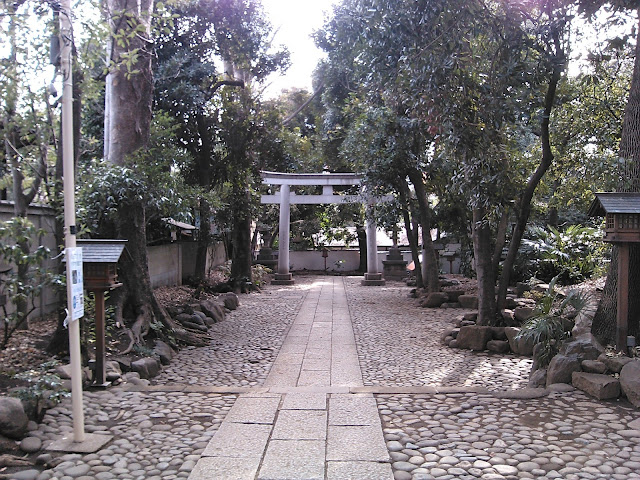 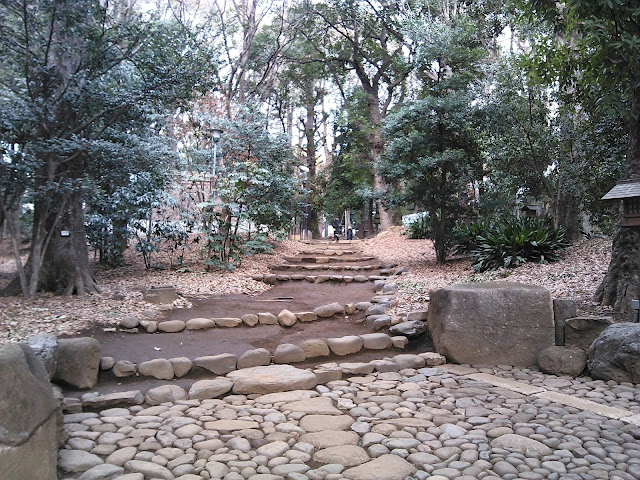 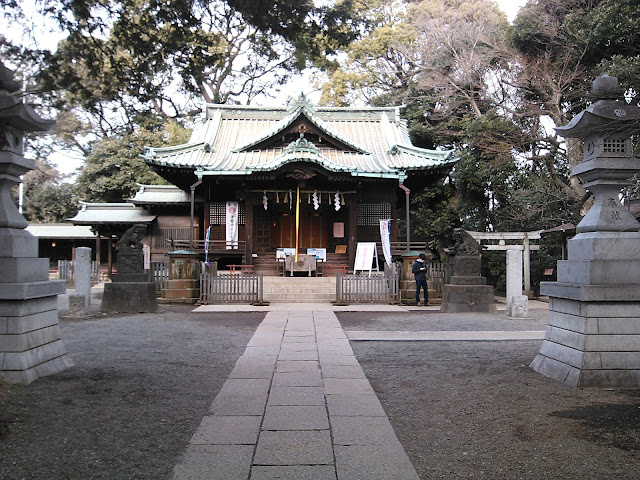 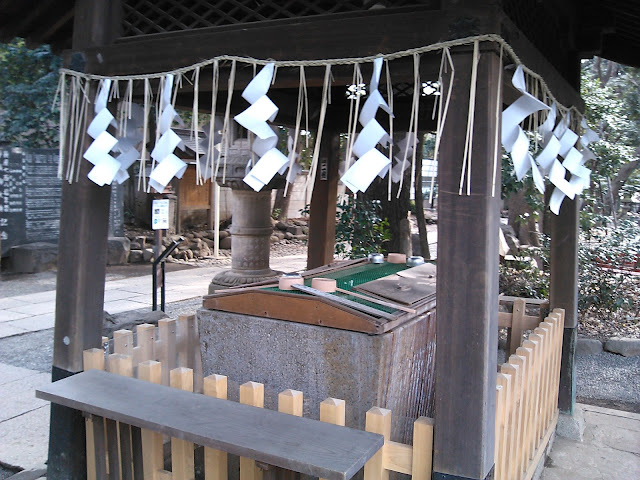 Absolutely incredible!  I was walking around stunned.  To find a place like this in the middle of Tokyo is just amazing, and really sums up the contrasts that I talk about.

However, I then stumbled upon something that reminded me of where I really was..... 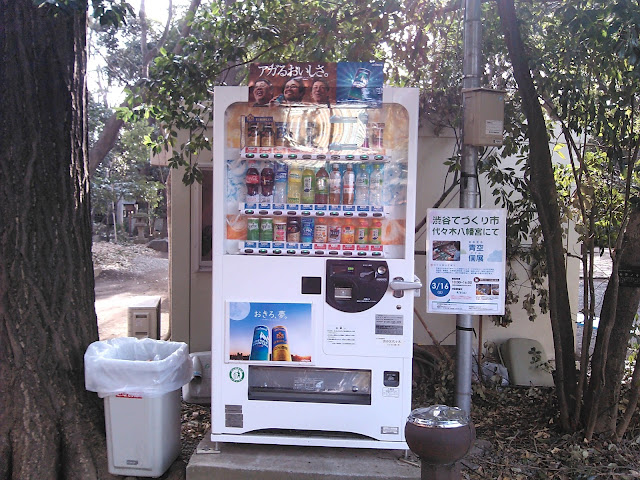 Oh well, I guess the temple needs an income stream too right?  So I sat down with a bottle of coke zero, and just soaked up the atmosphere and became one with my surroundings.

Off to the office tomorrow, and then training starts and will continue for 3 days after which, work starts!

Speak to you soon.