A couple of weeks ago, I went on my third short trip in as many months.  I enjoy going to watch the Australian athletes who play professional sports here in Japan.  There is one guy, Mitch Dening who plays for the Yakult Swallows baseball team and I have been to watch him and the Swallows play on many occasions.  Shizuoka is home to the Shimizu S-Pulse J League football (or soccer, but for the remainder of the article I will refer to it as football) team and there is one Australian playing on that team, Mitchell Duke.  I had decided a couple of months before the trip that I would go down and watch a game.  I decided to make a trip of it and stayed there for a couple of nights.  I told quite a few Japanese people I know that I was going there and pretty much all of them said "Why??"  Well, I was about to find out that there are some pretty special places to see in Shizuoka!

My travelling companion on this trip was to be another good friend, Tetsuya.  Now Tetsuya had never been to a professional football game so he was keen to do that.  As with the trip to Utsunomiya we upgraded our tickets to the green car.  Now both Tetsuya and I are pretty big guys (although Tetsuya is a lot more muscle than I am!) and we were grateful for the extra space the seats offered!

We arrived in Shizuoka city just under an hour after leaving Tokyo, barely enough time to nap, and went straight to our hotel.  We had decided to stay at the Shizuoka Town Hotel, barely 10 minutes walk from the station.  The rooms were tiny, maybe the smallest hotel room I've stayed in in Japan at 12 square metres, but, again, we were not here to stay in the hotel room so it suited us just fine, and for just over 5,000 yen per night, I sure wasn't complaining.

We checked in and left our bags at the hotel (the rooms weren't available until 4pm and the game started at 3pm) and made our way back to the station.  After one false start where we got on the wrong bus (and were left with a 20 minute walk back to the station......) we got on the right bus and were off toward the stadium.  I recommend checking with the tourist information office just outside the station.  They will gladly and kindly tell you which bus you need to be on to get where you need to go.  We arrived at the station and it was already starting to fill. 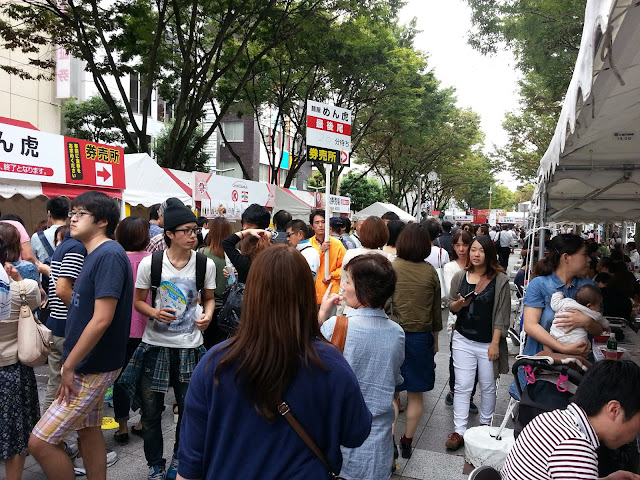 The only seats available were at the quiet end of the stadium, well away from the Ultra supporters and their non-stop, pumped up chanting.  I honestly don't know where they find the energy to keep it up all game long!

The first action on the field was the cheerleaders.  Honestly, if the sport you follow doesn't have cheerleaders, you need to petition the people who control the sport because they make sport just that little bit better! 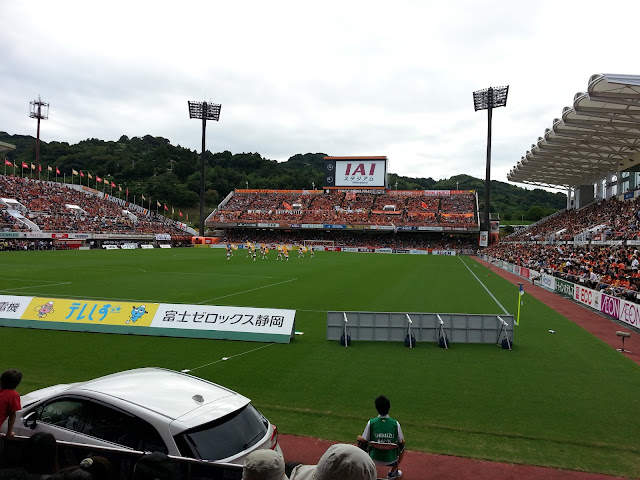 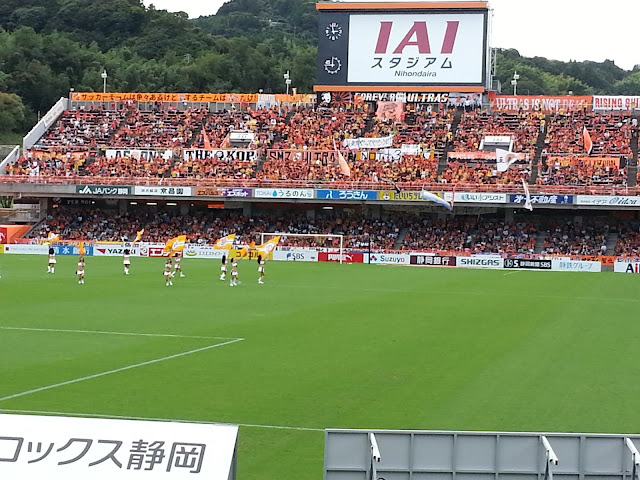 As you can see, the Ultras are obviously influenced by Liverpool and their hardcore supporters!

The game started and before too long, Shimizu were down 3-0!! 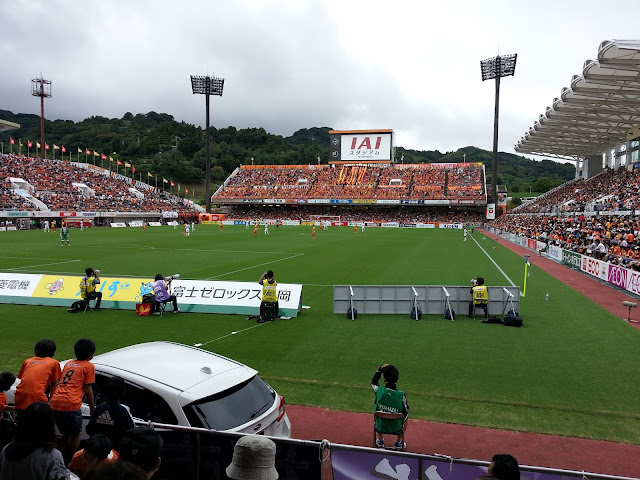 And the Aussie had been substituted within 30 minutes!!  I was hoping it was purely a tactical substitution!  We left with a couple of minutes remaining in the game and with Shimizu losing 5-1.......  We beat the crowd to the bus and made our way back to the hotel.  By this stage, our rooms were ready and our bags had been taken to our rooms.  Now we might have been paying only just over 5,000 yen per night, but here in Japan, that doesn't mean that you lose out on the customer service!  No, it is still wonderfully there.  That's one of the tings I love about Japan.

After a quick nap we decided to head out for dinner.  Before coming to Shizuoka I had found out that Shizuoka is famous for oden (assorted meat, fish cakes and vegetables cooked in a broth) and there was a small alley that consisted of only oden restaurants, 20 of them in fact!  The street is called Aoba Yokocho and we had stumbled across it earlier in the day so we went back to find a place for dinner. 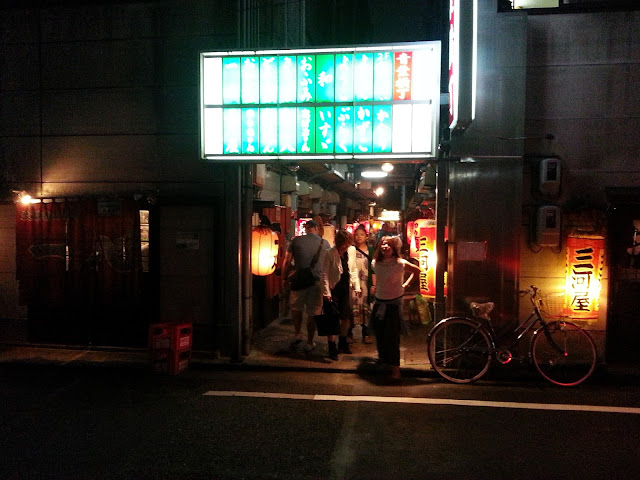 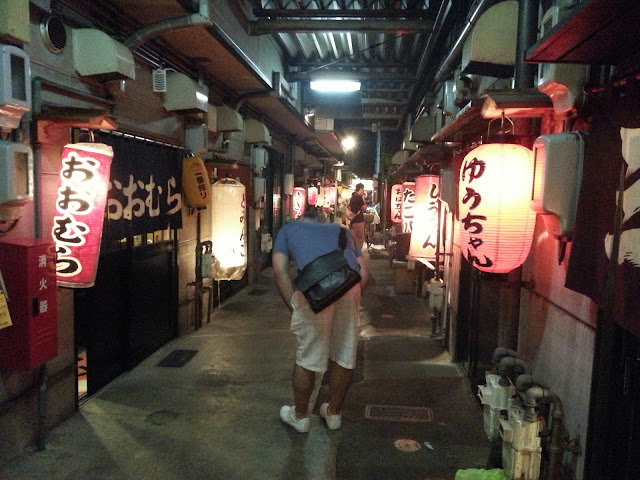 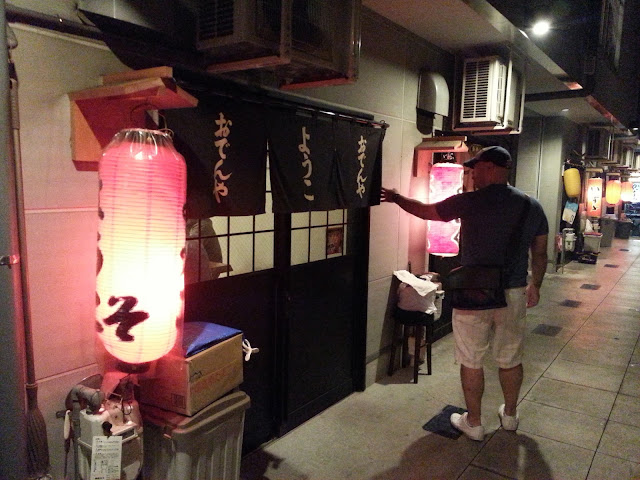 Now, when faced with 20 restaurants all crammed into the same small place, all of whom specialise in the same cuisine, how do you choose which one to go into?  I can't answer that.....we just chose one and walked in!  Our choice for the night was Ofumi. 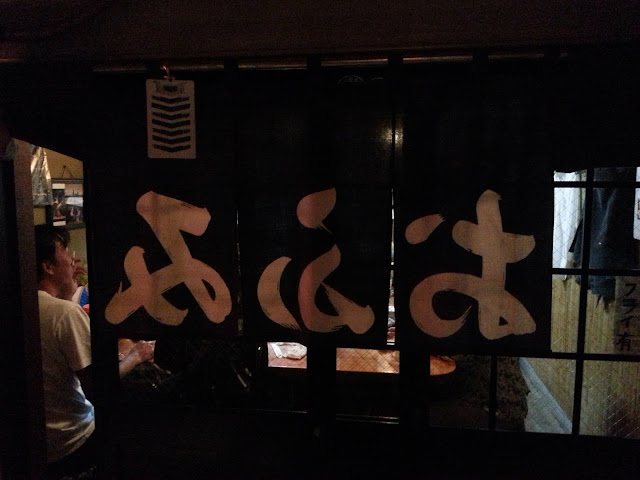 The owner of the restaurant was a lovely, crazy (in a totally good way) 80 plus year old lady that worked the restaurant and her crowd with the energy of someone 60 years her junior.  She knew about 10 words of English but had no hesitation using them!  She went around and helped herself to a drink from each person's bottle ("your drink and my drink!" she would say). 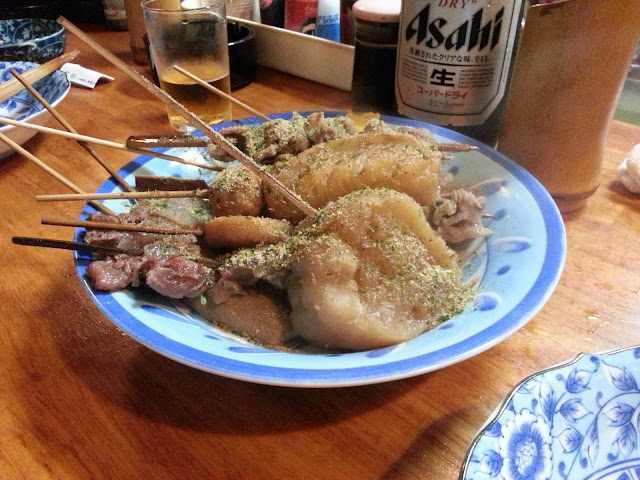 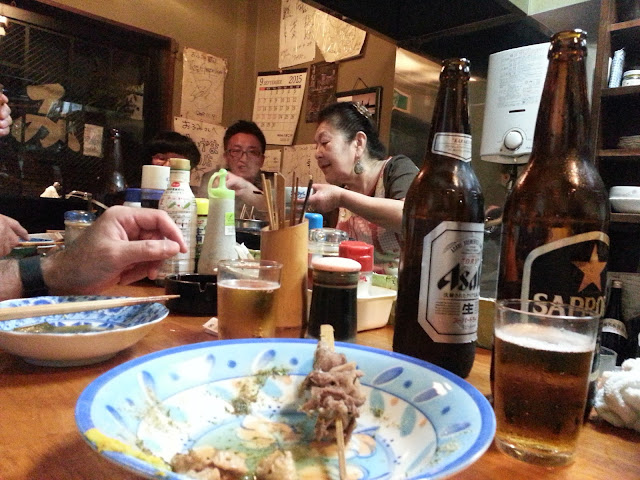 It was an hour and a half of absolute entertainment and we left there very satisfied!  (Although I do think we were charged "tourist prices".  Now this rarely happens in Japan, but I'm pretty sure it did here at this place.  Maybe it was just an "entertainment" charge!!)

We went back to the hotel and went to bed.  I was looking forward to the next day, there were some adventures waiting to be had!

Thanks for reading part 1 of this trip.  Please leave a comment below if you enjoyed it.  I will start work on part 2 (there should be 3 parts to this series) soon.  Bye!
Posted by jase8au at 01:06