One of my favourite meals (although it's only a "sometimes" food as too much consumption can have a negative impact on the waistline...) is called katsu curry (katsu is breaded, deep fried pork cutlet).  It is also one of my regular go to meals when I can't understand very much of a restaurant menu!  I was having a lesson with one of my regular students, Ryo, and we were talking about food (as we sometimes do) and he recommended a restaurant in Ginza called Ginza Swiss (or Grill Swiss, they seem to go by 2 different names).  The restaurant claims to be the restaurant that first came up with the dish katsu curry.  No one seems to be disputing the fact, so we can probably accept that it is fact.

The story goes that in 1948, a Tokyo Giants baseball player, Shigeru Chiba, came into the restaurant before a big game and, wanting a big meal for energy to keep him going throughout the game, asked for a katsu to be added to his curry and rice.  The restaurant staff were surprised at this request as curry and rice had always been just that, curry and rice.  The Giants went on to win the big game that night and suddenly an icon had been born.  Since then it has been copied by (probably) millions of restaurants across Japan and around the world.  There's nothing like trying the original though, is there, so I set off after work one night into Ginza.

Now, Ginza is not an area that I go out of my way to visit.  It is everything that is not really what this blog is about.  It is touristy, crowded and doesn't really represent Japan in my eyes.  But when wanting to sample an icon, sacrifices must be made, so into the hoards I ventured.

I soon found myself in a little quiet back alley looking at the legend itself! 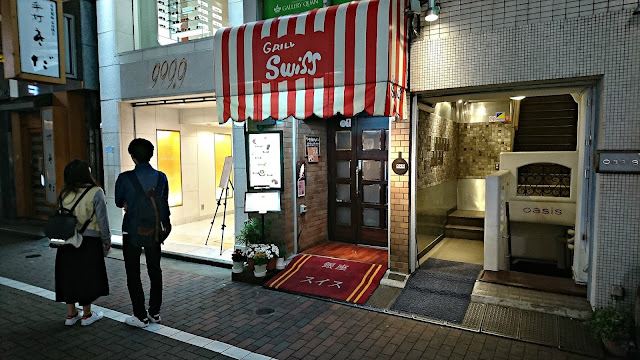 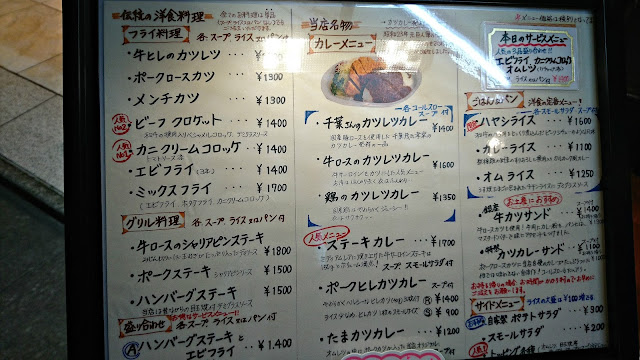 No line-up!  Nice, I was in luck!  I went inside and everything was quite small, unremarkable and nondescript, and I don't mean that in a bad way, it just that I had been expecting something a little grander.  But maybe it was better that it was like this.  The focus is all on the food! 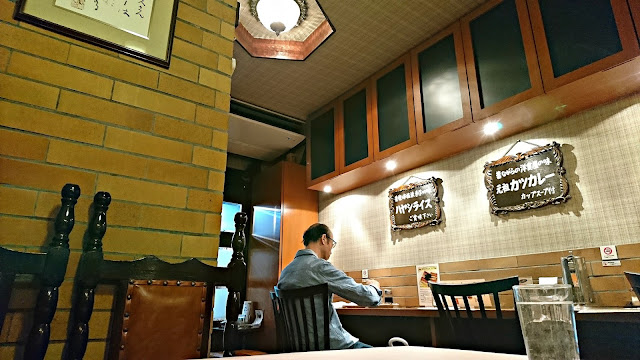 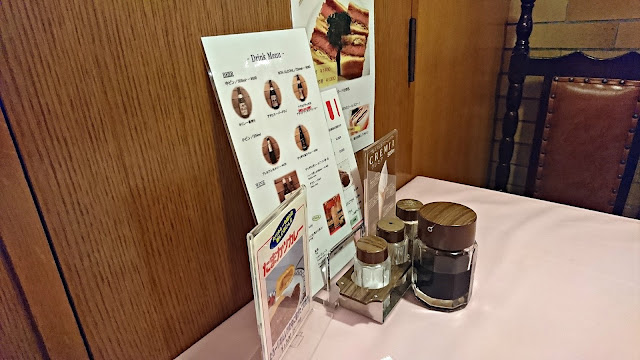 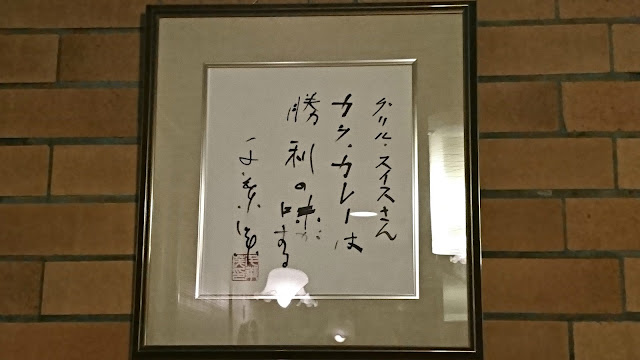 Looking at the menu, I only wanted to order one thing.  I looked up at the waitress and asked for "Chiba-san no katsu curry"  A little over 5 minutes later it appeared. 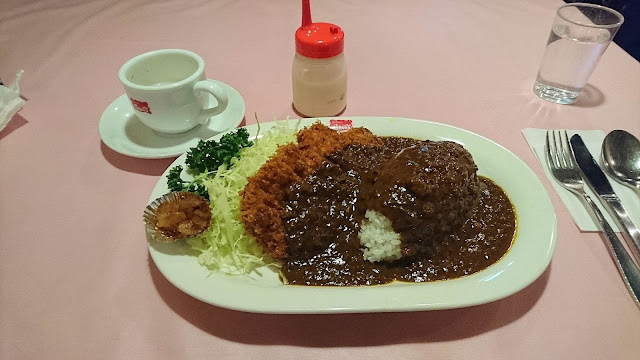 The set comes with some cabbage, dressing and a small cup of soup.  It looked good!

The katsu had a nice ration of fat to meat giving it some nice flavour. 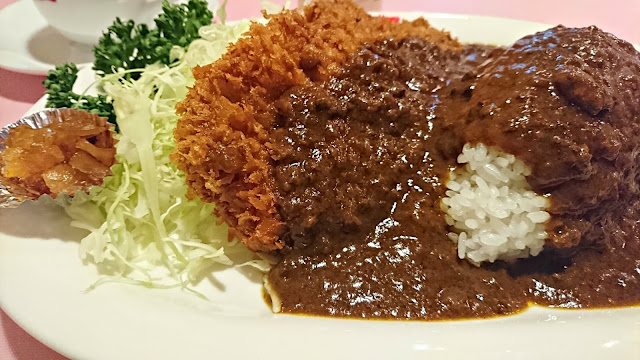 The katsu was tasty and juicy, going very well with the curry. 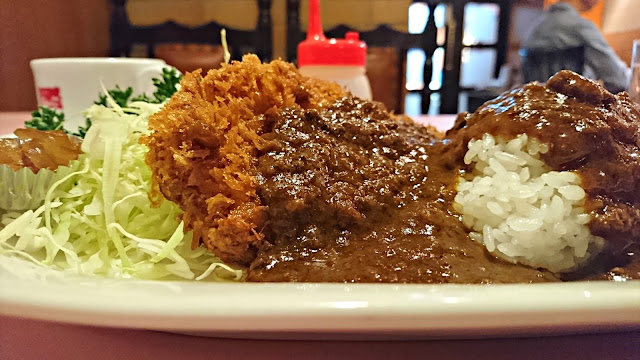 The curry was a keema curry which is not common for katsu curry. 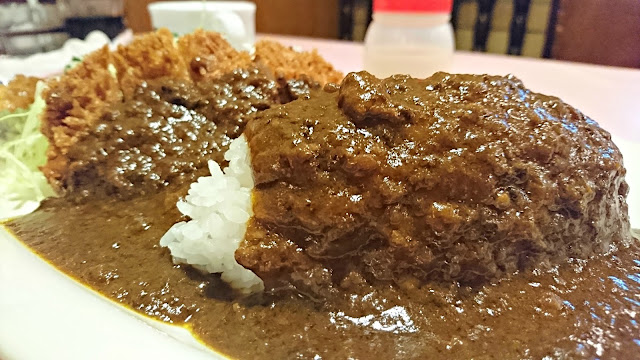 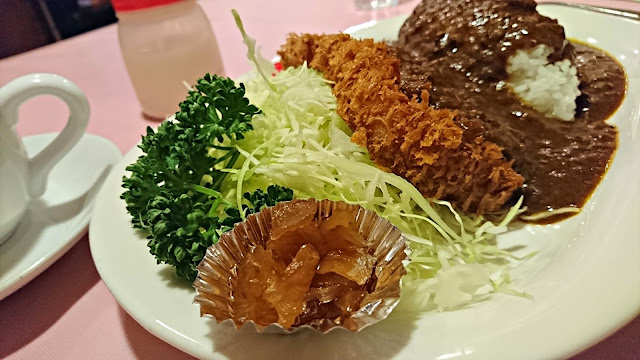 Before long, it was devoured.  It was very good, maybe not the best in the country, but it was the original and there's an extra level of enjoyment you get out of eating an icon!

Thank you very much to Ryo for the recommendation.  I might have to try and hunt down some other restaurants that have created famous dishes!

Thanks again for reading.  If you get to Ginza Swiss and try the Chiba-san no katsu curry, let me know what you think in the messages.  Until next time, bye.

Also, apologies to my Muslim friends.  There is a choice of pork, chicken or beef katsu but the curry is a pork base.
Posted by jase8au at 02:04