I have mentioned numerous times here that the Japanese love their food, adore it and even build food themed attractions to celebrate their food.  I have written about one such "food theme park", the Shin Yokohama Ramen Museum.  There is another food that is celebrated in a similar way.  A food that was imported from China and changed to suit Japanese taste, Gyoza, (also referred to as dumplings or pot-stickers).  The main difference between the Chinese and Japanese version is that the Japanese gyoza generally have a thinner wrapper and more of a garlic taste.

Located in Sunshine City in Ikebukuro is Gyoza Stadium, and indoor food theme park set up to showcase gyoza.  I had been to Gyoza Stadium once before, but maybe 13 years ago and had been wanting to go again to check it out once more.  Talking to my friend Rieko, we decided that a visit was definitely in order.  We met up at Ikebukuro station and made our way over to Sunshine City, less than a 15 minute walk from the station, depending on foot traffic.  Gyoza Stadium is located within Namja Town, on the 2F of the World Import Building in Sunshine City (just head all the way to the back Of World Import Building). 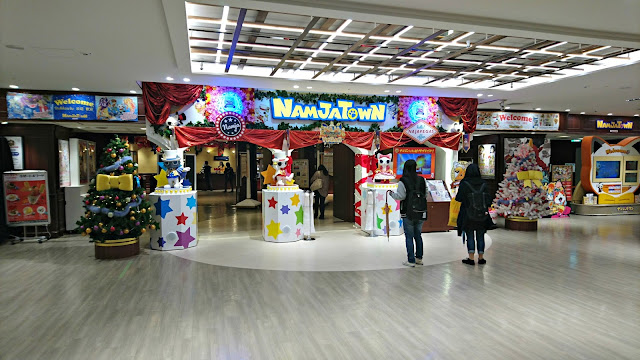 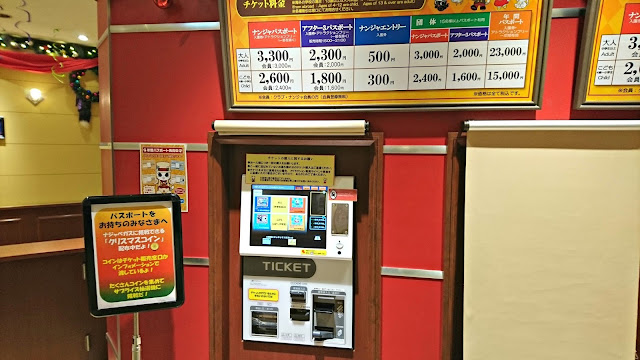 and made our way in.  To get into Gyoza Stadium, after entering, take a right turn and you will see this. 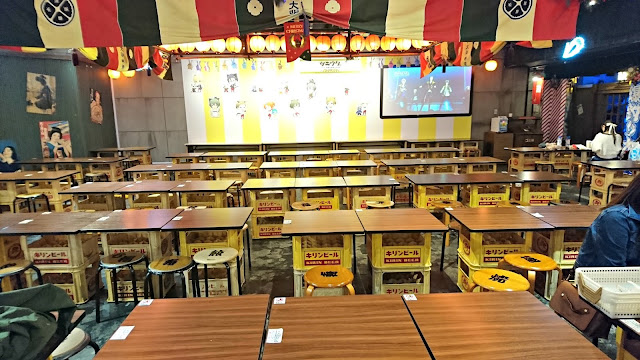 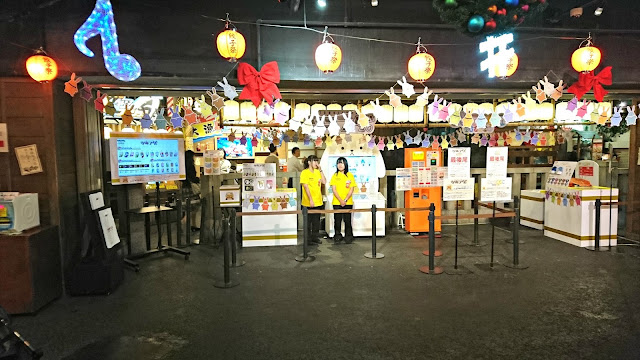 Look over to the right and you will see a red tori (shrine gate) marking the entrance to Gyoza Stadium with another tori just inside. 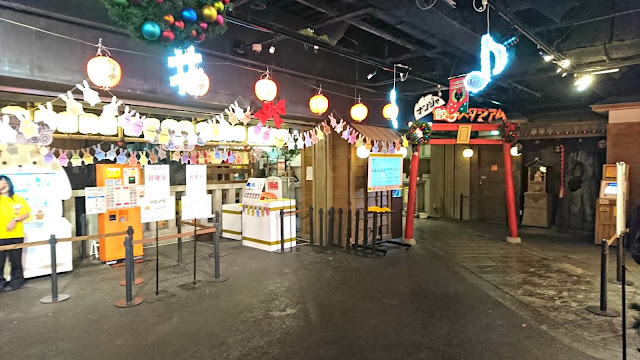 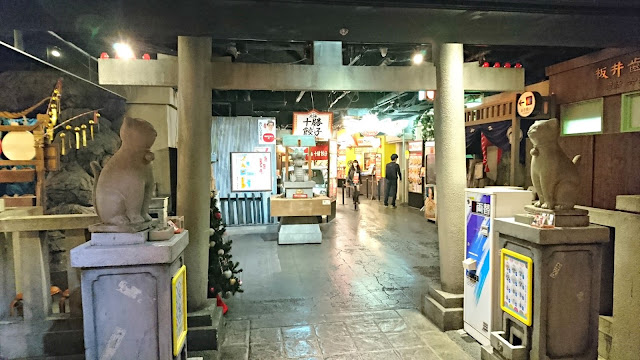 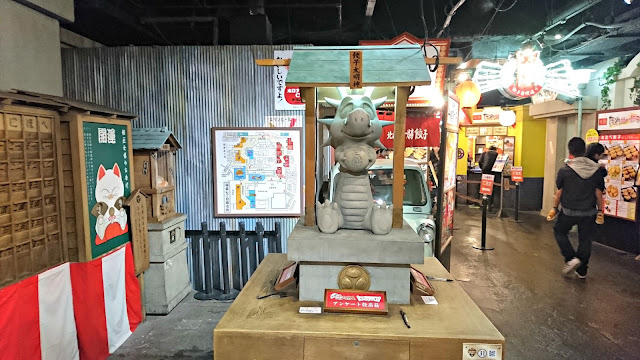 We moved beyond him and into the area where all of the gyoza gather together awaiting their inevitable fate..... 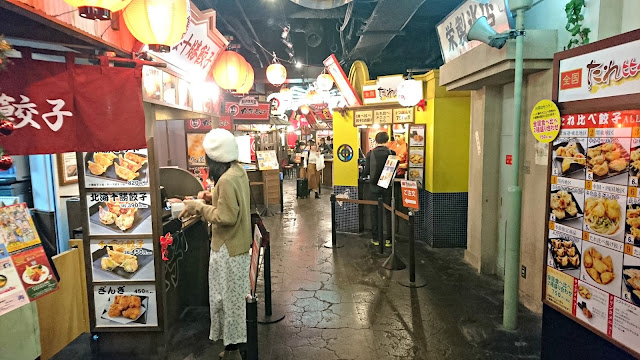 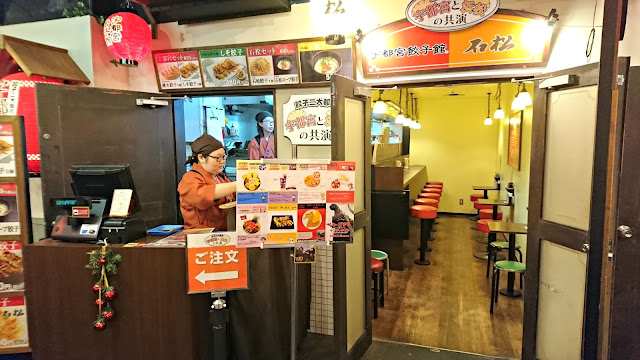 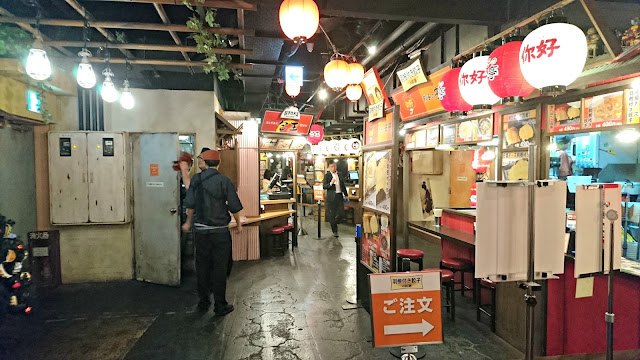 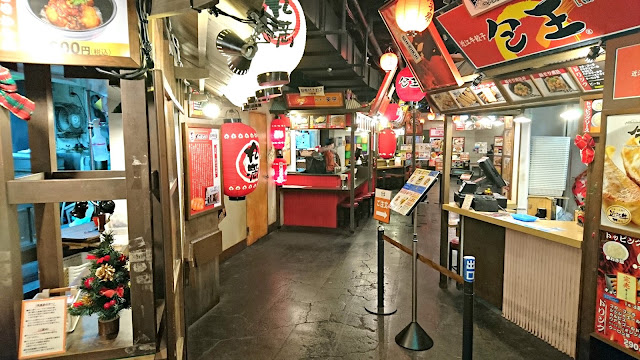 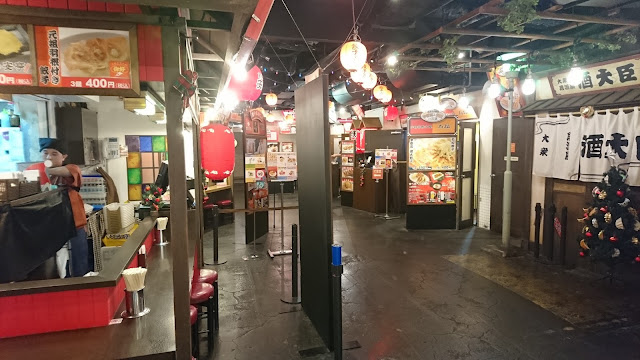 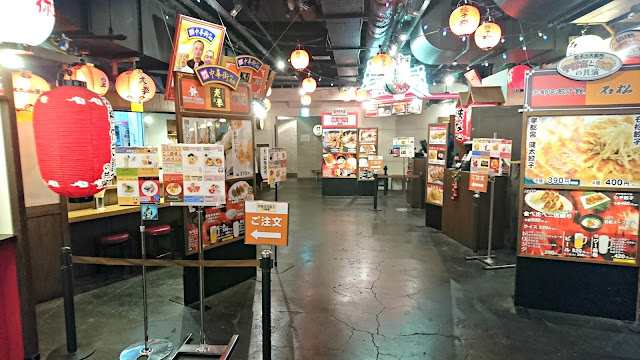 In all, there are 8 different shops here, each one representing a different style, region or taste.  Tough choice, right?  I recommend doing what Rieko and I did.  Wander around all of them, check them all out and then make an educated decision.  Don't worry, at the start of Namja Town there is English information so you can check a little more about them.  Having decided on our first and second stops we put in our orders and waited (they get cooked fresh).  The good thing is that you can order from a couple of different places and eat them both at the one stand.

First up was a selection of three different gyoza from Japan's three major China towns, in Yokohama, Kobe and Nagasaki. 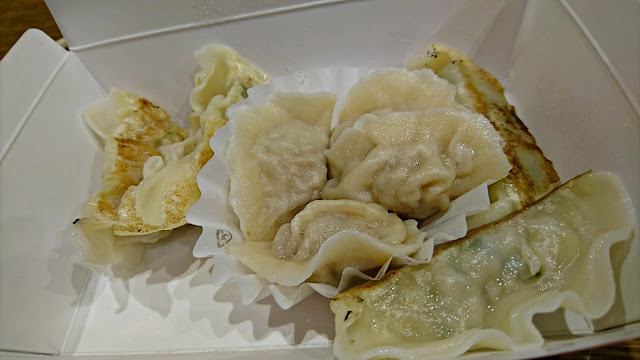 The ones in the middle were the unanimous winners of these three.  They had a lovely ginger taste that cut through the rich meat flavour.

Next up was gyoza from 2 different towns that are well known for their gyoza, Utsunomiya (north of Tokyo in Tochigi prefecture) and Hamamatsu (west of Tokyo located in Shizuoka prefecture). 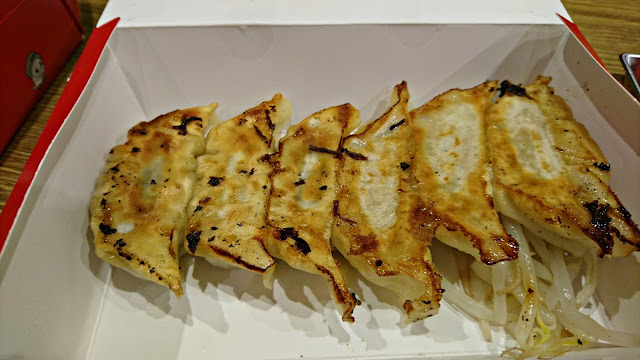 Thee was nothing between these two, both were as juicy and delicious as the other.  A good matching.

Speaking of matching, there's nothing that matches better with gyoza than beer! 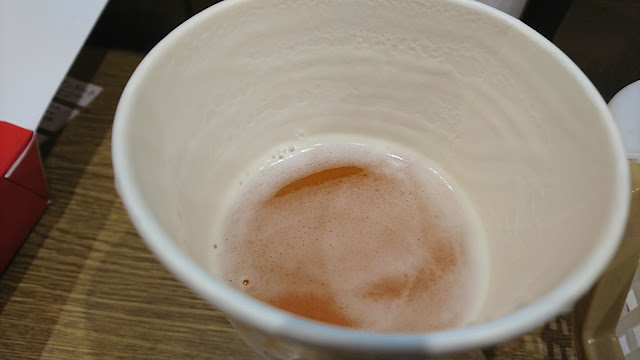 We sat for a little to let the first and second round of gyoza to settle then got up and set off in search of round three and four!

The next selection was another set of two different types of gyoza.  One made of beef (quite unusual as gyoza are primarily made of pork), 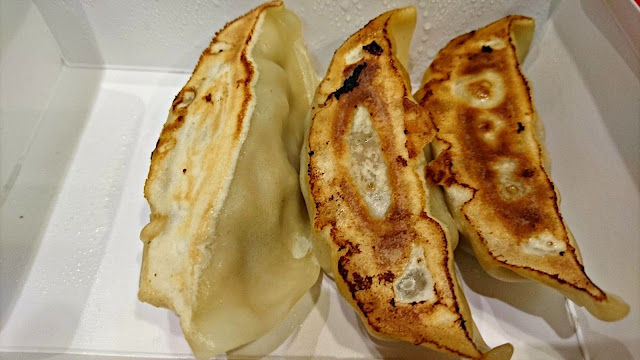 and the other made of a high quality pork (kuro buta)from Kagoshima, on Fukuoka. 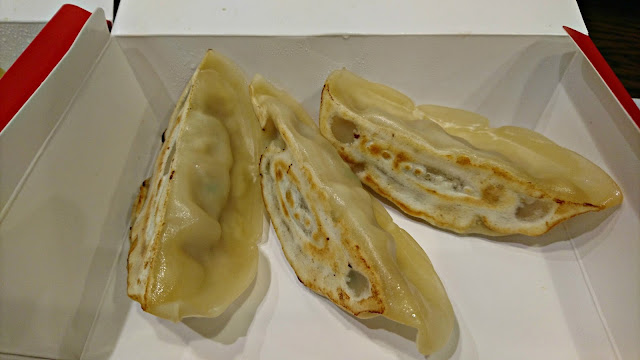 Both were incredible juicy, but for me, the pork came out slightly ahead.

The final selection was another set of 2, both deep fried, one topped with melted cheese 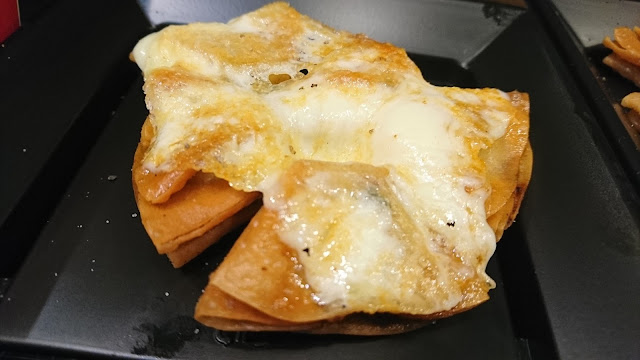 and the other topped with (a very mildly) spicy miso sauce. 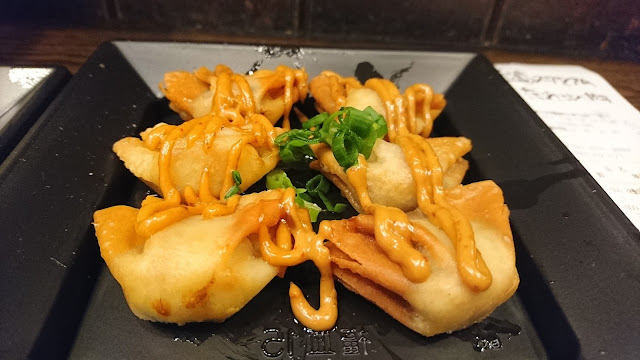 The clear winner here was the miso topped gyoza.

Finishing up we had a wander around the rest of Namja Town.  It is quite interesting as it is set up in a post war 1950's Tokyo streetscape style, similar to the Shin Yokohama Ramen Museum, 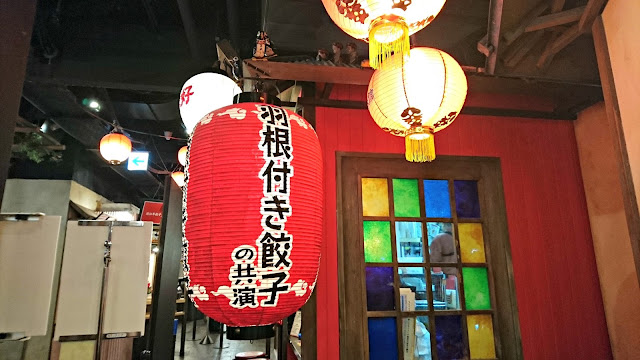 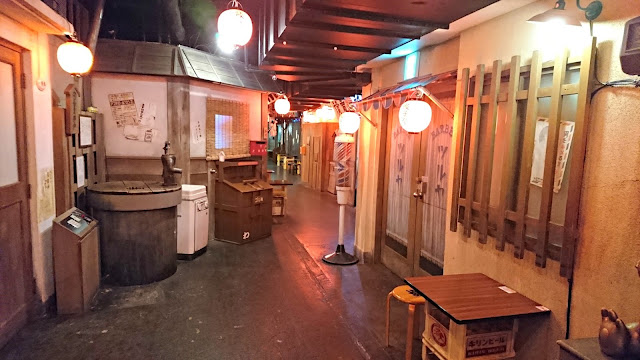 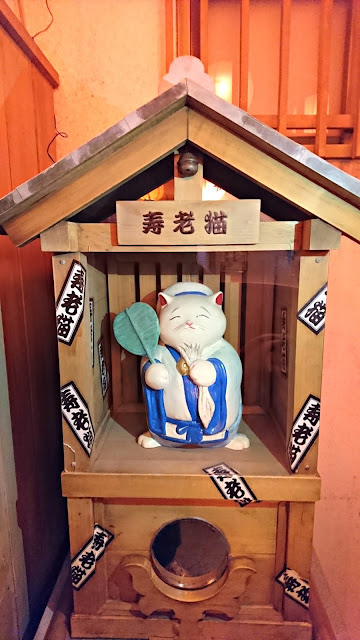 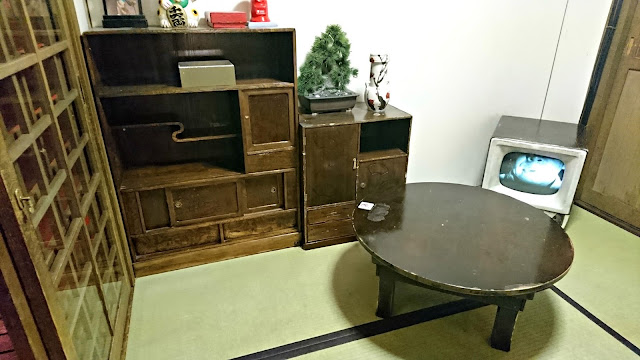 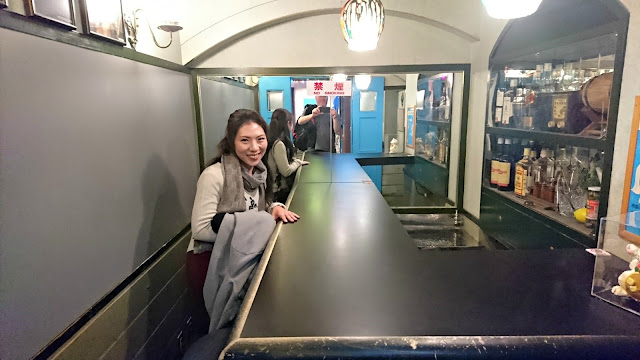 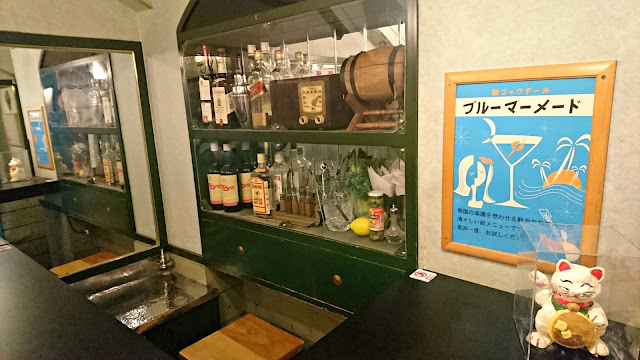 Once you have finished your gyoza you can head over to another part of Namja Town, where they have an ice cream shop, for desert.  The ice cream shop has over 50 flavours, from the standard to the more unusual (horse meat, miso ramen, squid, octopus and beef tongue) if you are feeling adventurous.

By now we were feeling stuffed so we made our way out and into the night.  If you are a foodie, I thoroughly recommend gyoza stadium to sample a selection of different styles located in one place.

Thanks, as always, for reading.  The blog recently reached a milestone.  We had our 100,000th page view over the course of the previous week.  While that number pales compared to other more successful blogs, I am over the moon.  It means a lot to me that you enjoy reading about my Japan.  We are far from over though, as there is years worth of places I have yet to visit and plan on doing so in the future.  Thanks for joining me on this journey so far, and I hope you stay with me into the future.

As always, please leave a message below and share the blog with someone you know who would be interested in reading.  See you next time.
Posted by jase8au at 02:59