I had a day off today so decided to head to a part of Tokyo that has more of a traditional feel to it with a friend Daniel.  We went looking for an area called Ameyoko but I think we came out of the station at the wrong exit and couldn't see it but had a look around where we were anyway.  We were right next to one of Tokyo's most famous temples, Sensoji Temple.

When I was living here before, one of my students was a tv director and she asked me if I wanted to be in one of her tv shows.  The show was about what kind of Japanese souvenirs foreign tourists buy when they visit Japan.  Sensoji Temple has a pathway about 100m long leading up to the Temple and the path is lined on both sides with dozens and dozens of souvenir shops.  Basically they just wanted us to go from shop to shop and pick up anything interesting we saw and comment on it, why it was interesting, why we would or wouldn't buy it etc.  At the end of the program the tv crew gave me about $200 and told me to go back and buy anything that I wanted and then they would finish the filming with me explaining why I bought what I did.  I bought a mens yukata (kind of like a dressing gown) and a nice picture of Mt Fuji. So today I returned to the scene of my one and only tv appearance (and, no, I didn't get recognised.....) as Daniel had not been there before.  It is an incredible place, if you can block out all of the commercialism and just concentrate on the architecture, and what the place stands for.

Before we got to the temple we saw this guy.  It looks like he was trying to tell us not to do something, but I couldn't understand what, so I probably ended up doing it anyway! 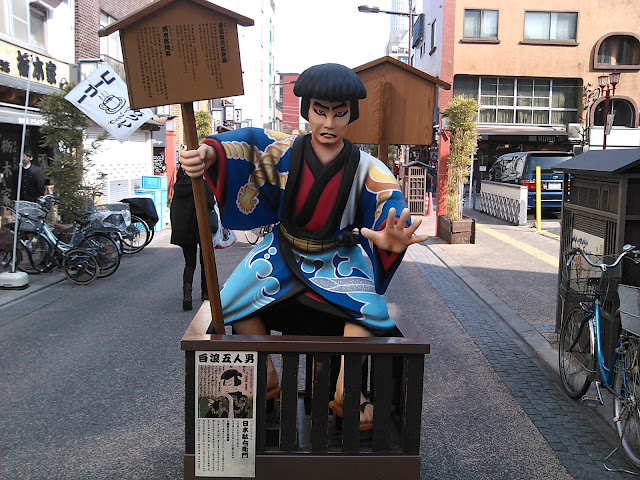 At the start, they have a big gate.  This place is always packed with people taking photos of the gate (yes, just like I did!): 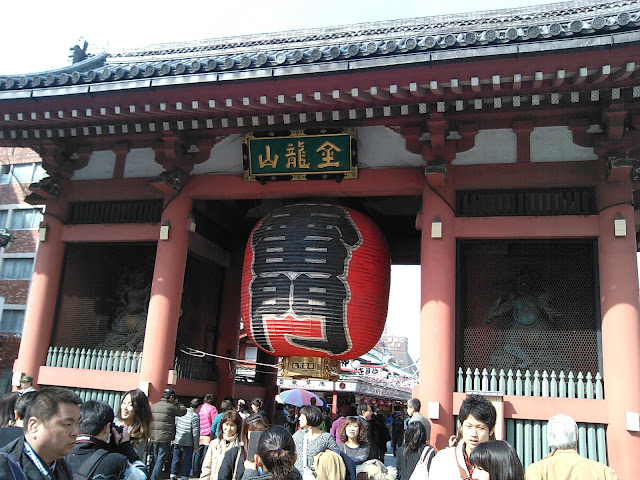 Through the gate is where the souvenir shops start, way off in the distance you might just be able to make out the temple!  All of the shop staff are very friendly and always greet you with a smile. 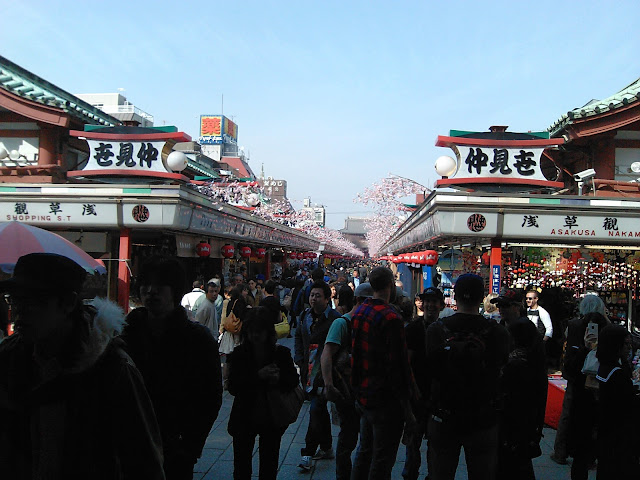 I am sure you have all seen the little statues of cats with their hands raised in Asian shops and restaurants.  Sometimes you see them with their left paw raised (brings customers to a shop) or their right paw raised (brings the owner good luck).  I once heard a story about the origins of the good luck cat.  Way back in the old days of Japan a feudal lord was resting himself and his horse under a tree when he saw a temple nearby.  Outside the temple was a cat and it appeared to be beckoning him.  He got on his horse and rode over to the cat to get a better look.  Suddenly the tree under which he and his horse had been resting was struck by lightning and thus the cat had brought him good luck.  The feudal lord became close friends with the temple priest and the temple became very prosperous.  A nice story I think.  This next shop must be both really lucky and really rich! 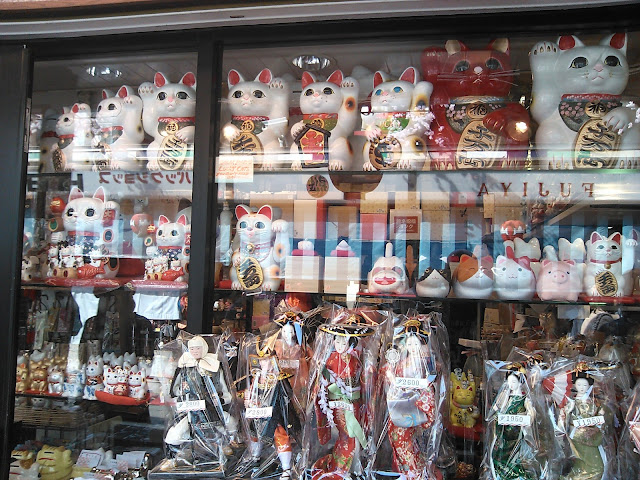 I remember when we were filming the tv program, I spied a shop that grabbed my attention straight away! 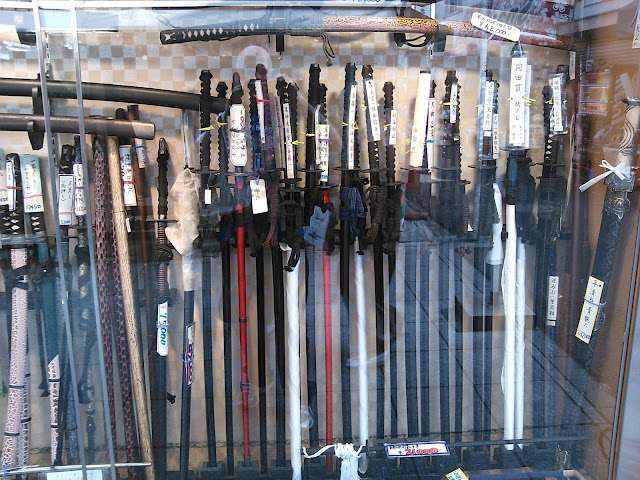 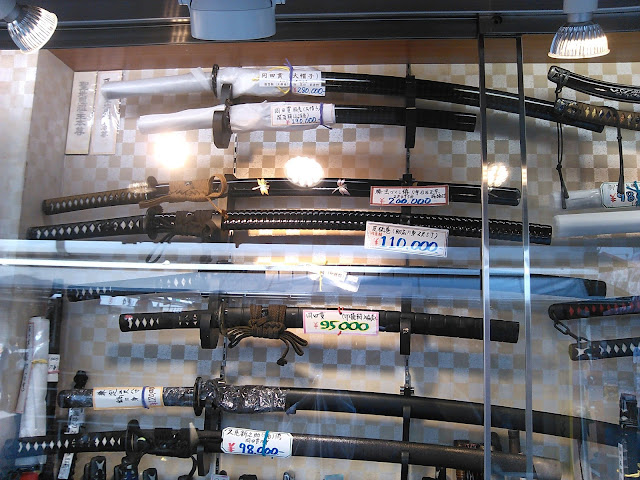 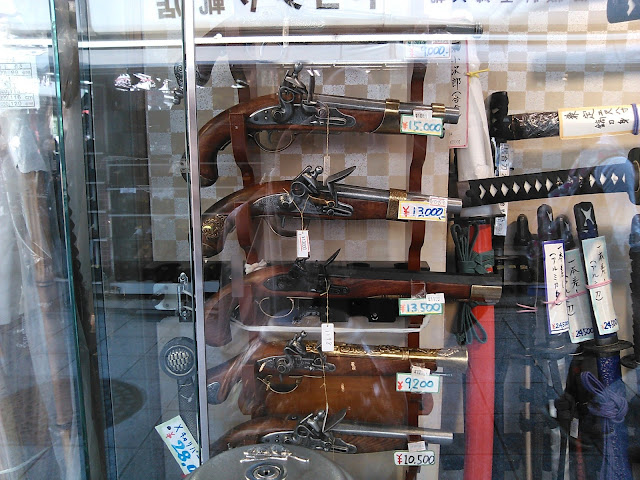 They even have Excalibur!! 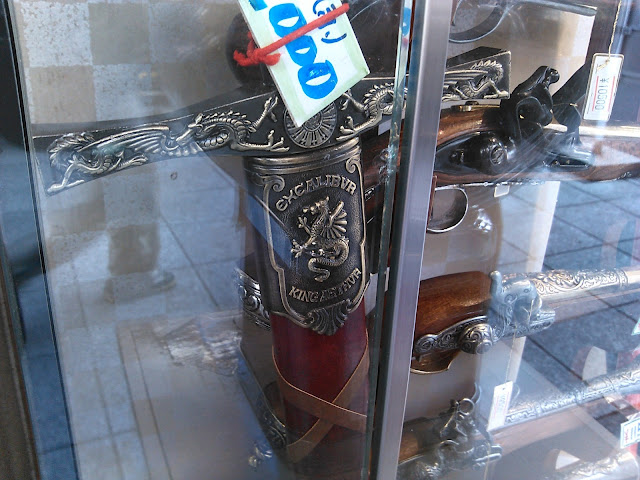 Here are a few pictures of inside the grounds of the temple.  The detail in the architecture is incredible.  I could have wandered around admiring it for a long time! 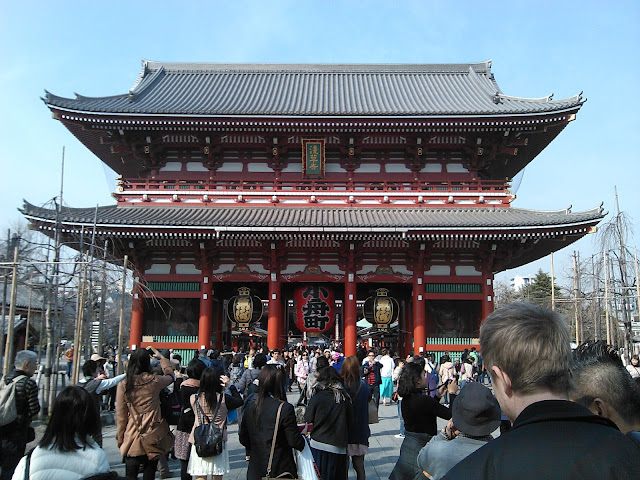 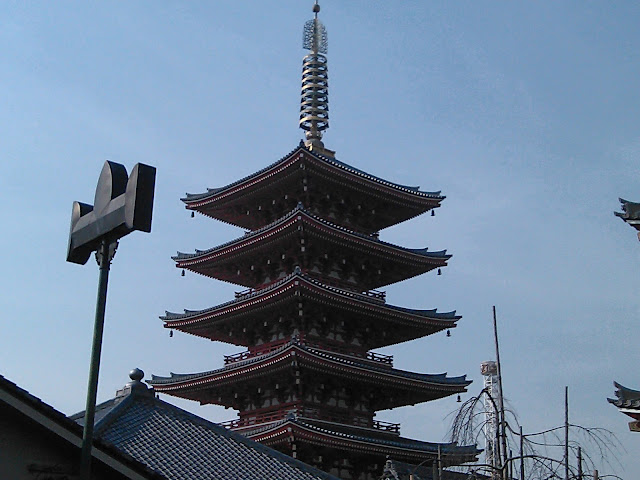 In this next photo you can see a big metal cauldron with smoke coming out.  It is a kind of incense that is burning, and if you waft the smoke over yourself it is supposed to bring you good luck.  It is also said that if a man wafts the smoke over his head, he will not lose his hair.  I tried that once, and it clearly did not work.... 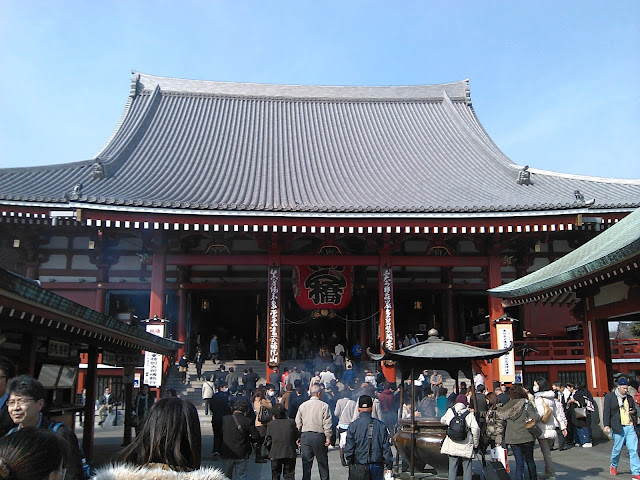 While inside the inner grounds I took a short video.  I tried to upload it here, but kept getting an error so here is the link to it on Youtube:

It might give a better idea of what it is like in the grounds, and yes that was me saying that I didn't know how to use the camera just as it started recording!

Anyway, it was a good day, and I'll try and get to Ameyoko on one of my days of next week.