A couple of years ago I met a friend, Mauricio and his wife who wanted to show me around Kamakura, a nice area about 50 kms south of Tokyo.  They took me around the area and gave me a good insight into all of the places we visited.  Before I had a chance to write about it I had a nasty bicycle accident (lesson learned, always wear a helmet when riding a bicycle) and faced a recovery period that lasted a few weeks.  After recovering, I went back to my photos and got ready to write about the places we had visited, but all I could do was stare at the photos........I couldn't remember all of the places we had been to.  The blow to the head had obviously given me a bit of concussion.  I was really disappointed as it had been a great day.  Since then I had been waiting for a chance to go there again, and yesterday the opportunity arose.

Kamakura is a small city that is a popular spot for Tokyoites to visit on the weekend due to it's beach, lovely shopping street and it's closeness to Tokyo.  I had organised to meet friends Jarrett and his wife Angela (my travel mates on my recent visit to Utsunomiya and Nikko.  You can find those posts here, here and here).  Jumping on the Yokosuka line, I was there about 45 minutes later. 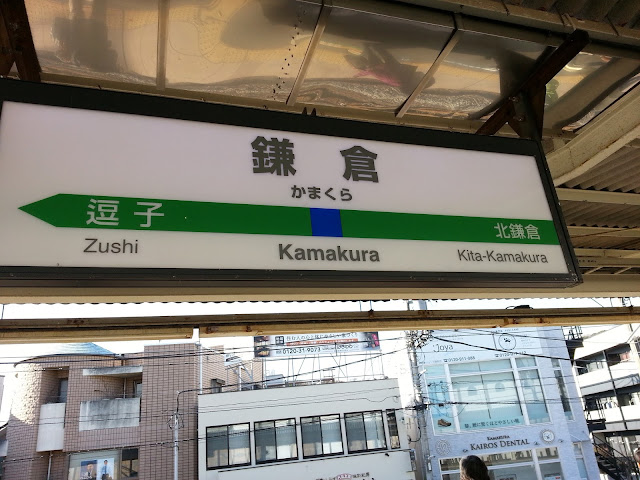 Jarrett and Angela had arrived earlier so I messaged them to let them know I was there and coming out of the station I headed left, straight for the shopping street, Komachi-dori, which leads away from the station. 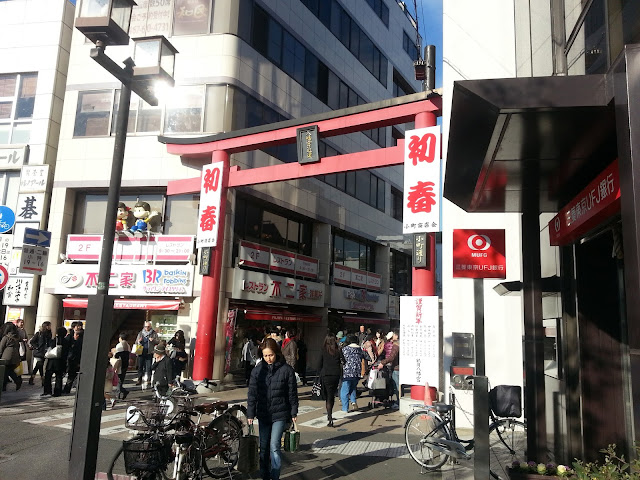 Komachi-dori stretches out for 360 metres and is lined with approximately 250 shops and restaurants of all varieties. 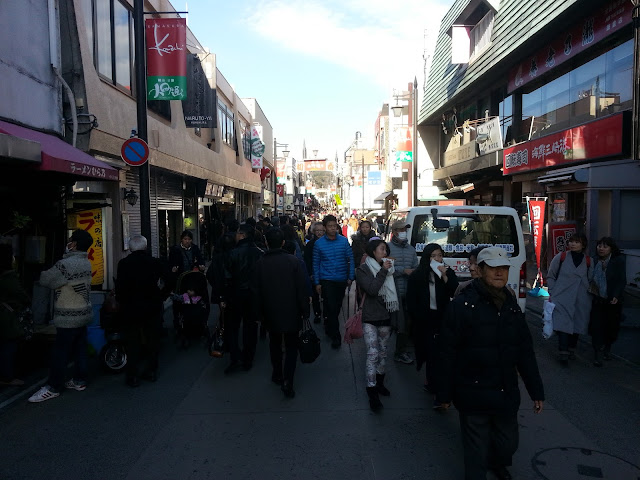 Some kind of snack stall, 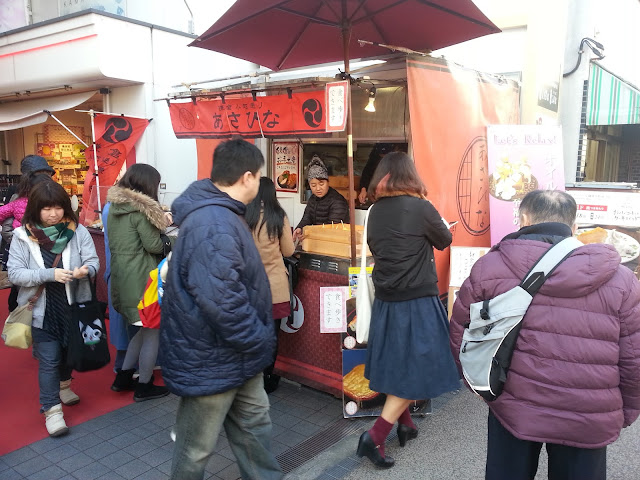 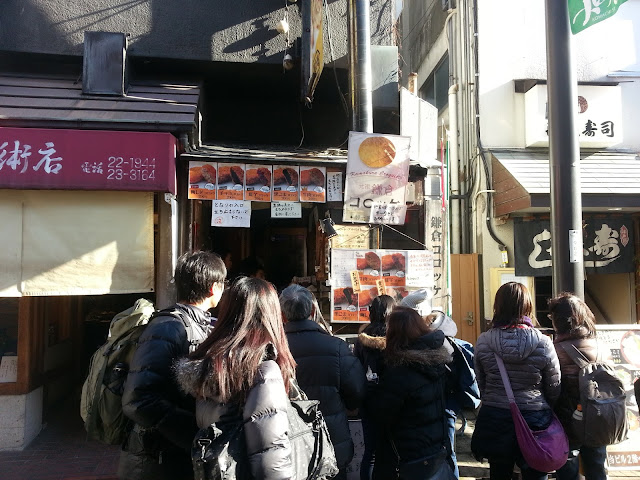 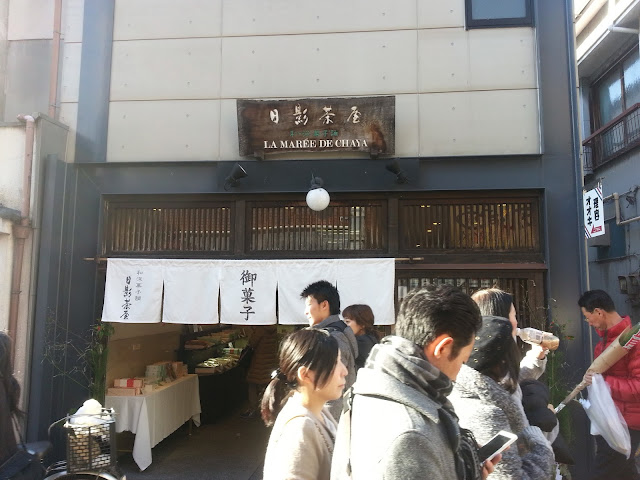 some kind of sweet snack shop. 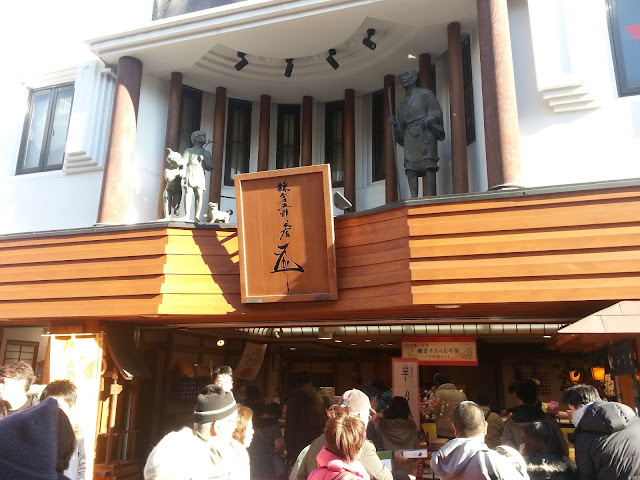 This next place is an insanely popular tsukemono, or pickles shop, Mikura.  It is so popular, in fact, that there are 2 in the area! 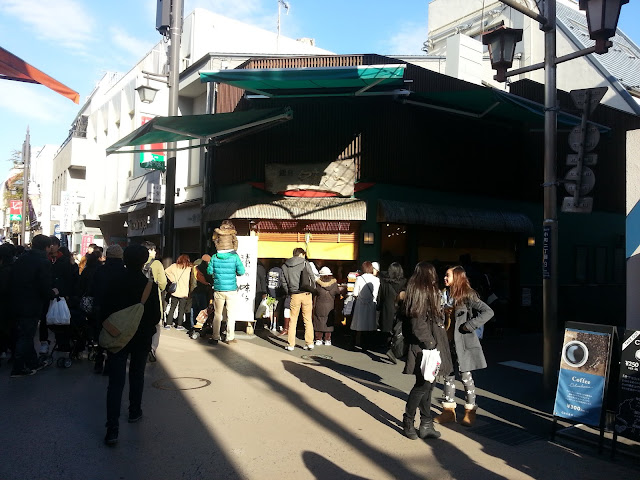 Don't know, but I love the vines growing on this building! 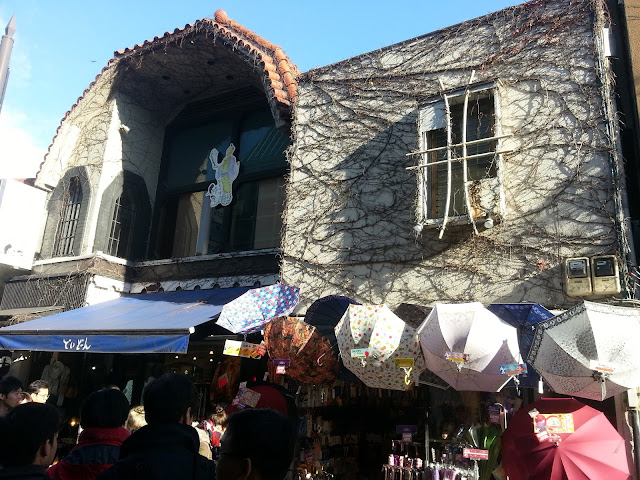 Kamakura is popular, not only with Japanese, but also foreign tourists which means that there is a lot of English in the area to help you out! 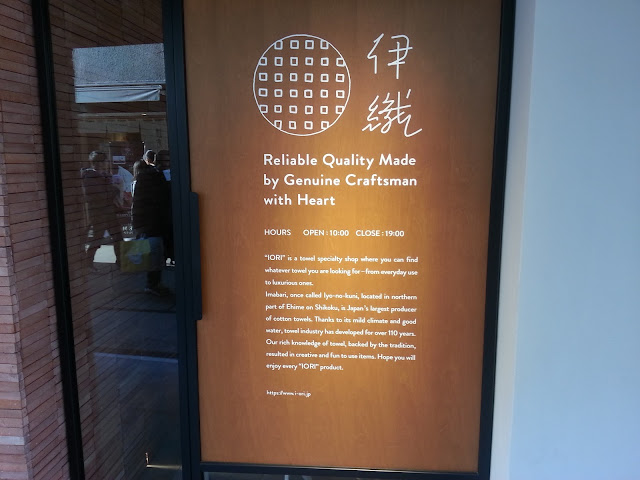 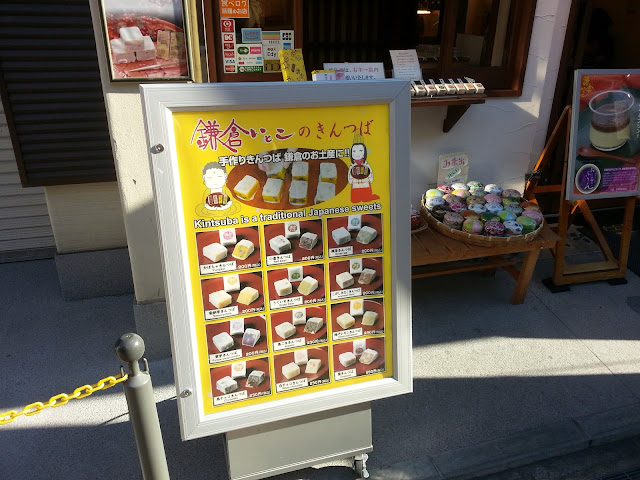 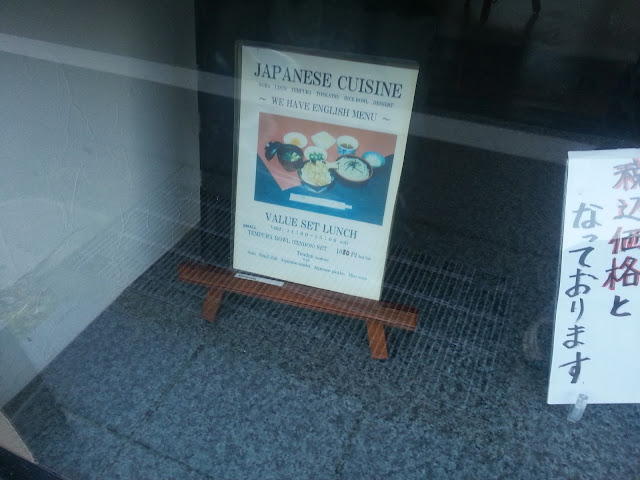 About halfway along the street I bumped into Jarrett and Angela and we decided that some food was in order.  Not far away was a little sausage shop that was barbecuing up some meaty goodness! 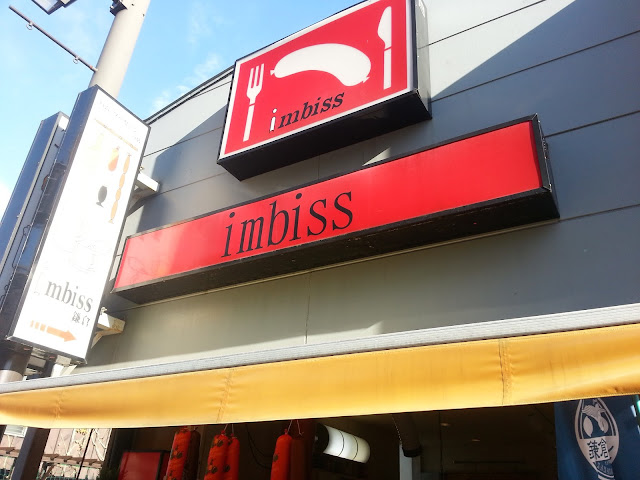 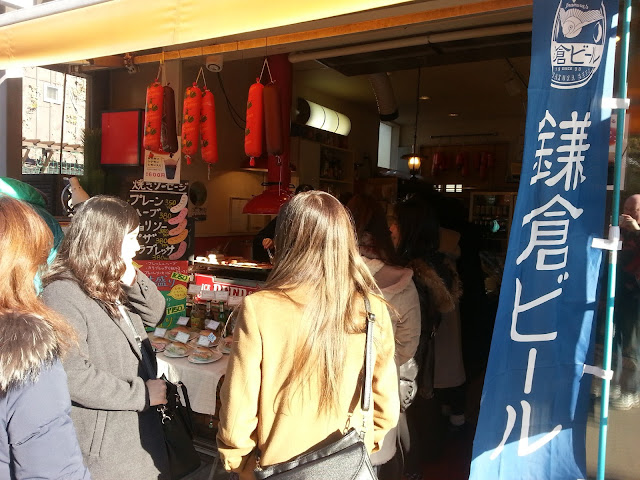 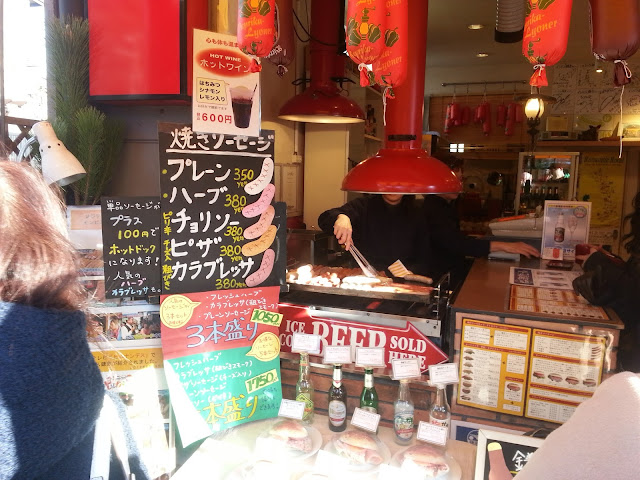 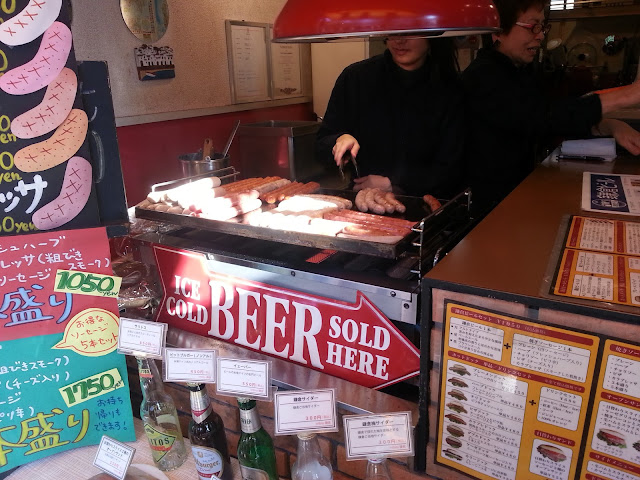 I highly recommend the pizza sausages.  As I was eating I heard one of nature's greatest sounds, the shrill screech of a hawk. 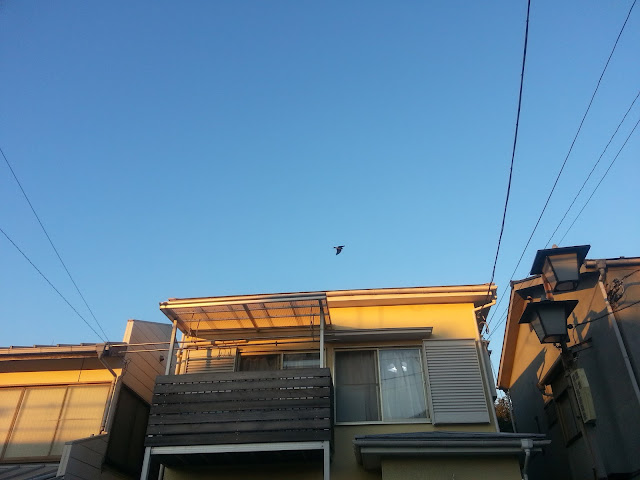 Two things immediately jumped into my mind.  The first was doing a "leap of faith" in the Assassin's Creed video game!  The second was a sign that I had seen at nearby Enoshima warning people of the danger of hawks swooping down and snatching food from the hands of unsuspecting victims. I found a sheltered area and settled in to enjoy my sausages!

I think I'll make this a two part post and finish part one here, otherwise this will stretch out way too long.

Thanks for reading.  Please leave a comment below or subscribe on the toolbar to the right of the screen.  Stay tuned for part 2 soon.  Bye!
Posted by jase8au at 03:42