Far from put off by the soaking I had received the night before, I ventured out again for another round of spicy food.  You might be thinking that I would be running out of choices by now, but there are 50 establishments participating in the festival, so I'm nowhere near out of options!

First up this night was one of my favourite Thai restaurants, Rong Sura. 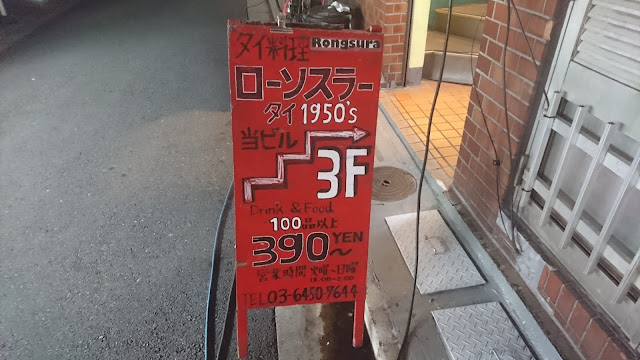 They have 2 branches, one in Shimokitazawa and one in nearby Sasazuka. Their dish for the spicy festival is known under many different names. Gai Pad Kraprow in Thai, ガパオ in Japanese and Chili basil chicken in English. Whatever you want to call it, it is my favourite Thai dish and I duly ordered it and sat down to wait.  It was a little wait as there were quite a few people there and it is only a one man kitchen.  It did arrive and it looked and smelled a treat! 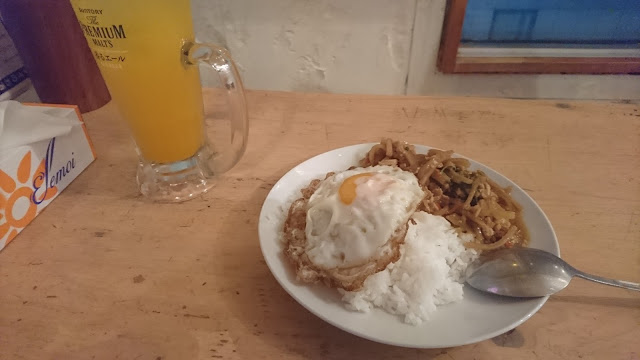 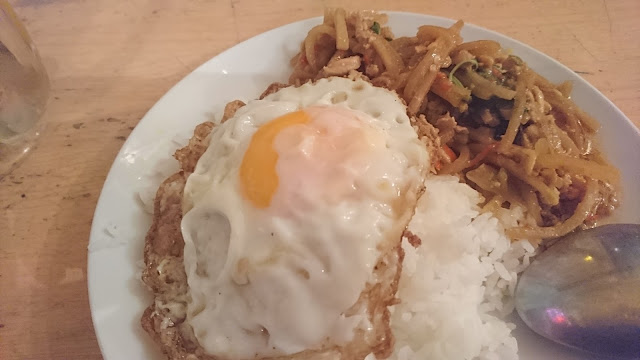 The lighting in some of these places is not the best, so some of the photos are a little off.  First mouthful, the spiciness was not there, but the flavours were nice.  By the third and fourth mouthful, yep, there came the heat.  By the end, the heat was a nice, lasting burn.  This one was good and the sweat cam shows some beading on top! 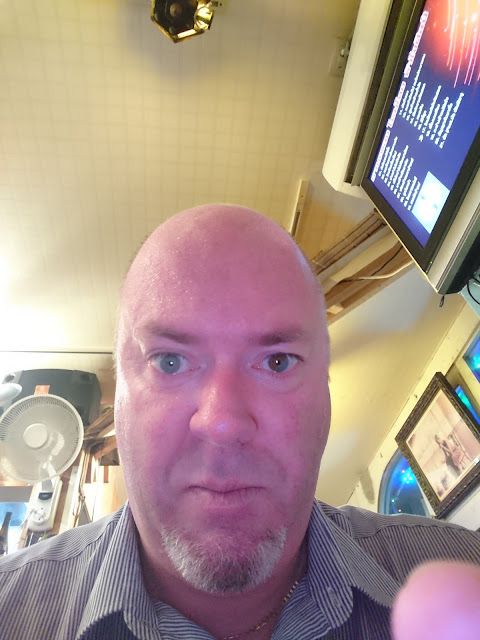 Finishing up, I thanked the chef and headed off for my next stop.

The next choice was a little place I had not heard of called Atelier hidden in the back streets of Shimokitazawa. 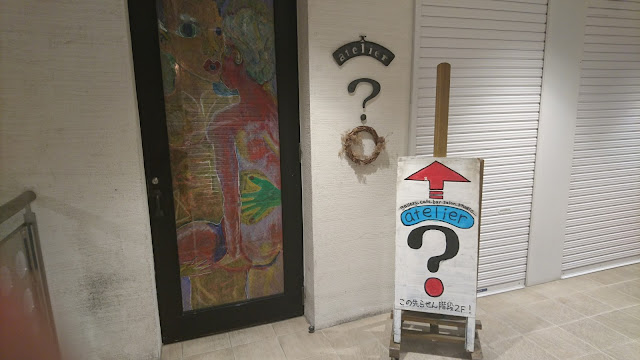 I walked in and 6 sets of eyes spun around and all welcomed me in English!  Both the owner and the other customers.  What kind of place had I walked into.  They sat me down at the counter in the middle of the group of them and started chatting away to me in English.  It was quite a strange experience, one that I had not had in Tokyo before.  Very nice, but totally unexpected.  The owner introduced himself as Ko.  I told him that I was here for his spicy food and he set about preparing his spicy dish of vermicelli noodles with vegetables and meat with miso.  The dish also included a couple of dried chopped up chilies and was garnished with coriander (cilantro). 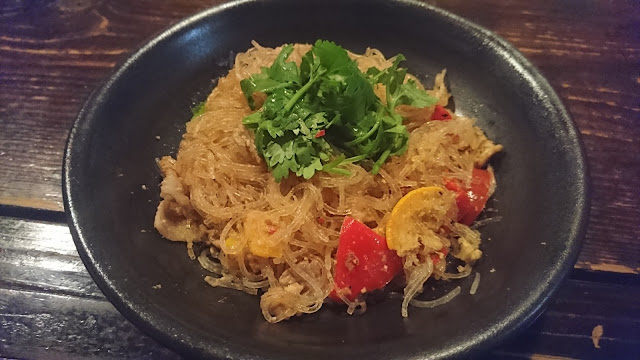 It was a nice dish with a very home cooked meal feel to it.  The bar is obviously a passion of Ko's and that passion comes through in his food.  It was washed down nicely with a glass of Ginga Kogen beer.

That's it for another post, thanks again for reading.  I'm going to have a break for a day or so and give my system a break from the spicy food, but I'll be back in a couple of days with another update!