I took a couple of days off to give my stomach a break, but Monday I was back at it. There are 50 restaurants / bars / cafes that are taking part in the festival so it can be difficult to decide on what to go for, but after a good deal of consideration I decided on the 2 that I would sample. 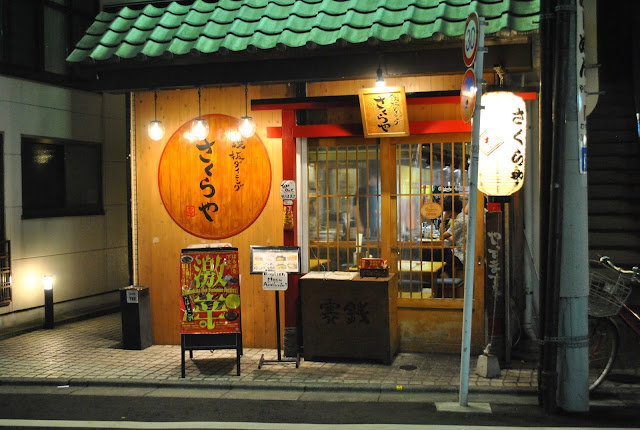 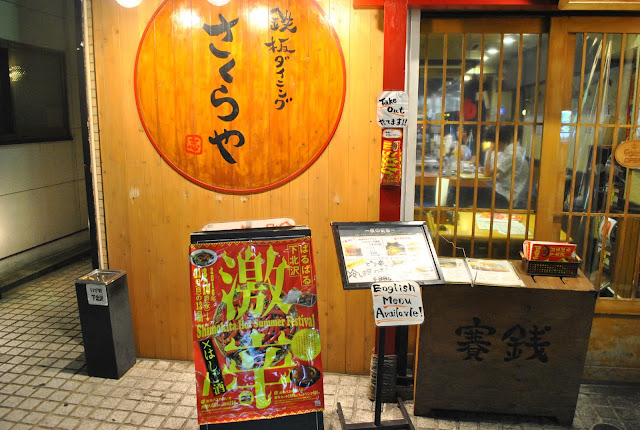 As you can see from the above menu, they have an English menu. I ordered the spicy festival menu special which was a kind of okonomiyaki (savoury Japanese pancake) made from a ground up yam like vegetable called yamaimo. Yamaimo isn't the best to look at as it has a really slimy consistency, but it tastes good, much like potato. The cook got a great big dollop of yamaimo and then starts tipping in some chili sauce. As he is doing this he asks me if I like spicy food, "yes" I reply. "Not me" he says, the bottle still emptying it's contents into my dinner. "Spicy food is not really my thing". "I can see that" my mind screamed out at him. He must have heard me as he lifted up the bottle and glanced at it to see that it was almost empty and proceeded on to cook up my fiery inferno. "It probably won't be that spicy for you" he told me. Wait, was that a smile on his face??.....

Finally it was ready. Now the picture on the festival website shows a yellow concoction. As you can see from my photo, mine has a definite orange tinge to it, thanks to the generous helping of chili sauce! 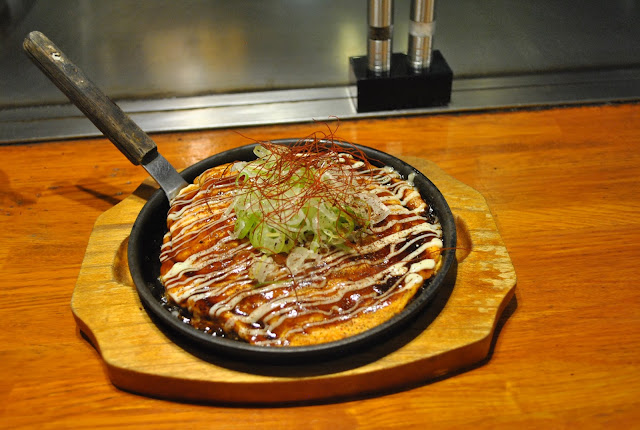 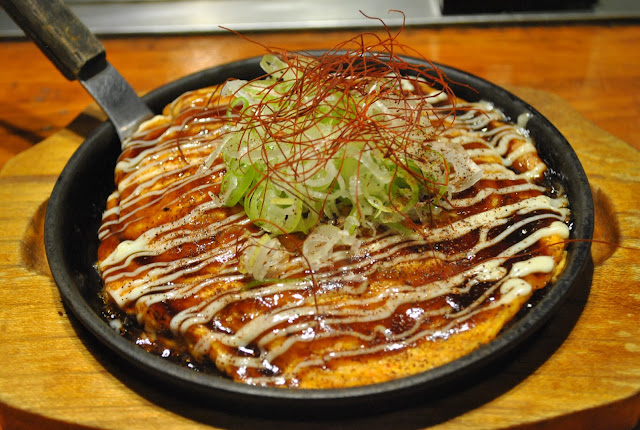 It was, as expected, quite spicy. A small group of young Japanese people watched on with a kind of perverted masochism as I worked my way through it. Yes, it was spicy, but it was also tasting very good! The yamaimo provided a very light fluffy okonomiyaki while the spring onions gave a nice crispy contrast.

I walked out with a nice, warming sensation in my belly which would have been muchly appreciated had it been the middle of winter. It is, at the moment, the middle of summer so it just felt like a hot spring sauna steaming away in my stomach. The pictures don't truly show how spicy it really was. 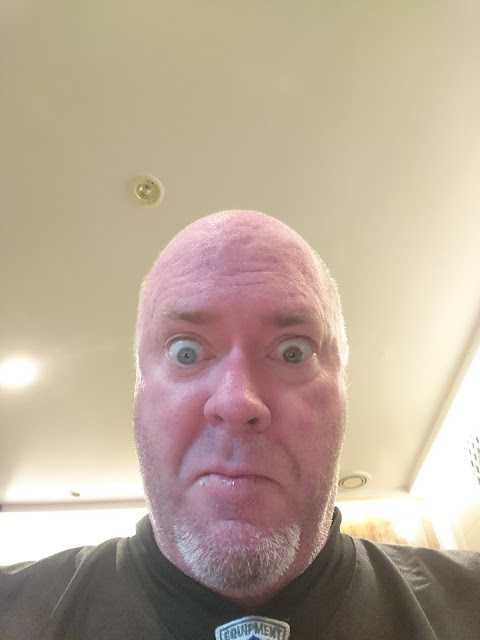 Oh well, I had promised myself 2 dishes so I proceeded on to the second choice for the day. Shimokitazawa Otona no Hamburg (下北沢大人のハンバーグ), number 14 on the spicy festival map. 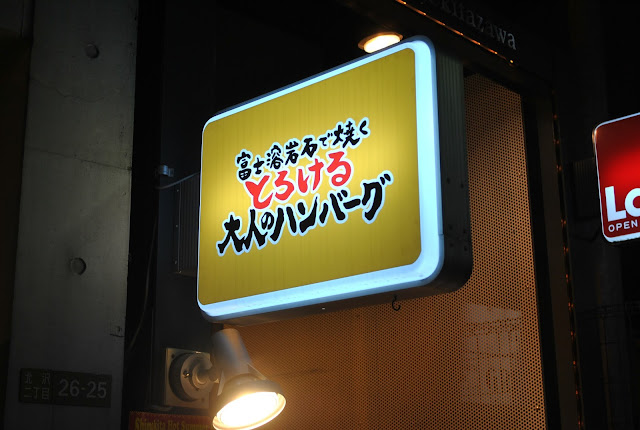 I ordered their festival special, a hamburg pattie covered with a slice of cheese and an egg with some vegetables on the side with a serving of spicy habanero sauce. 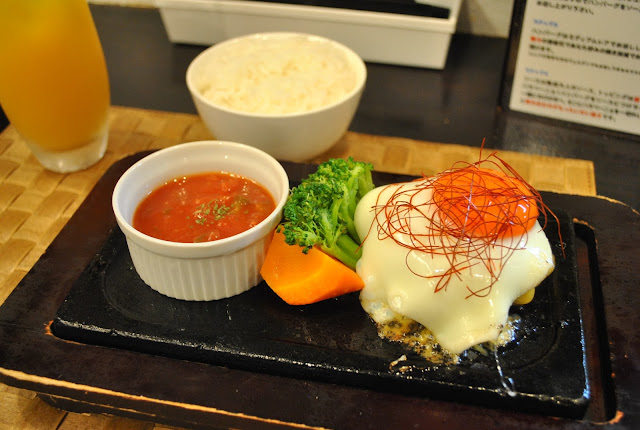 This one was quite mild compared to the okonomiyaki, but very flavoursome. The hamburg pattie was very juicy and the crispy cleanness of the sauce contrasted nicely with the pattie and the cheese. A nice way to finish the day!

As with all of the others, the price was 1,000 yen including a drink (it seems that that is the standard price for all places participating). The okonomiyaki place had kicked the stakes up a notch, but apart from a rumbling stomach wake-up call half way through the night, I won out!

Thanks for reading. Please leave a comment below and keep an eye out for the next update.